Mozart- Oboe Concerto
This is a video of my performance of the Mozart Oboe Concerto with the Saint Rose Symphony Orchestra under the baton of Dr. David Bebe in November 2012. It was a thrilling experience and the orchestra was on fire!
Eugene Bozza- Fantasie Pastorale
Bozza composed Fantasie Pastorale for oboe and piano in 1939. While the solo part is virtuosic to the point of near pyrotechnics, it remains a highly expressive piece throughout. It is an exciting piece for both audience and performer, and always a delight when I can include it on a program. This recording is from a performance in Picotte Recital Hall with pianist Dan Foster in early 2012.
Antal Dorati- Five Pieces for Solo Oboe
These tracks are from a 2011 performance in Picotte of Five Pieces, a set of programmatic works composed in 1981. The movement titles speak for themselves, and the elements described are clearly audible in the music. 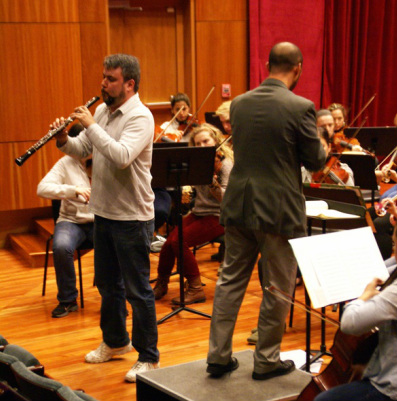